Nefertari Kirkman-Bey Pross, is an Attorney, Arts Advocate and Musician. She is a multifaceted woman utilizing all of her talents to consistently create meaningful change in law, arts, and civil and human rights. Her works rests squarely at the intersection of arts and social justice.

Currently, as an attorney, Nefertari serves as Senior Equal Opportunity Advisor for the U.S. Department of Housing and Urban Development, Office of Fair Housing and Equal Opportunity, where she enforces civil rights regulations in housing and mortgage lending. She started her legal career in New York City, and in 2016 joined the Detroit HUD office as a member of HUD’s official response team to the Flint Water Crisis. She also served under the Obama Administration, as the White House Jobs Ambassador to the City of Flint where she worked diligently to increase jobs and summer engagement for young people. In honor of her work in Flint, Nefertari received awards from the Flint Housing Commission and the Flint Federal Executive Board for her Outstanding Service to the City of Flint.

Nefertari is also serves as an Adjunct Professor for the Metropolitan College of New York (MCNY), a vibrant and unique non-profit learning institution designed for non-traditional students and working professionals. Nefertari’s lectures focus on community building and social-justice related courses. Prior to joining MCNY and the U.S. Dept of Housing and Urban Development, Nefertari worked at the National Center for Civil and Human Rights—an Atlanta-based museum focused on educating visitors on the bridge between the American Civil Rights Movement and the contemporary struggle for Human Rights around the world.

Most importantly, in addition to her commitment to civil and human rights, she is equally committed the ARTS. Nefertari works diligently to support the arts nationally and locally in NYC, Detroit and Atlanta. As a leader in the arts, Nefertari co-founded the Maynor Biggers Artist Fund, a group of Hampton University alumni that pool their financial resources together in order to support artists that use their art as a vehicle for social change. Nefertari sits on the National Advisory Board for Artistic Noise of Harlem—an organization that uses art as a tool for empowering youth in the juvenile justice system. Nefertari also serves as the Chair of the Hampton University Alumni Arts Consortium, and a catalyst circle member for the Laundromat Project of NYC.

Nefertari attributes her passion for the arts and social justice to her mother Naomi Kirkman-Bey, a physician and medical diplomat, and father Lester Lashley, international jazz musician, former Peace Corps executive and one of the first African Americans to graduate from the Arts Institute of Chicago. Nefertari received a Juris Doctor (J.D.) from University of Colorado Law School in Boulder, Colorado, Masters in Music (M.M.) from Georgia State University, and Bachelor of Music from Hampton University. Nefertari has studied and volunteered in Rwanda, Ethiopia, Ecuador, France, Germany, South Africa and Cuba. Above all, her one-year old daughter and husband serve as her inspiration for working fervently in the arts and social justice. 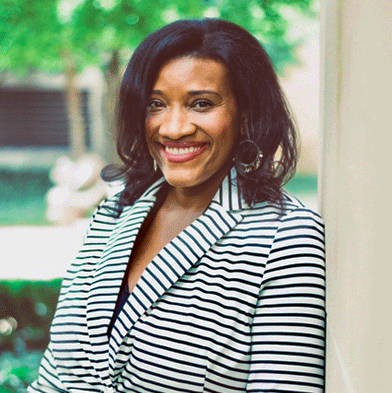 Nefertari Kirkman-Bey Pross, a member of the The Laundromat Project’s Catalyst Circle, co-hosted SOAPBOX 2015 for the organization, a spirited and art-filled annual benefit. The event brings together influential artists and activists for a powerful evening of reflection and celebration.

Nefertari Kirkman-Bey Pross moderated this discussion reflecting on Harlem’s jazz legacy — the artists, venues and styles that made Harlem central the development of the music, and the current infusion of energy in the community around this timeless art form. This event was presented as part of the Harlem Jazz Shrines Festival.

LISTEN TO THE PODCAST